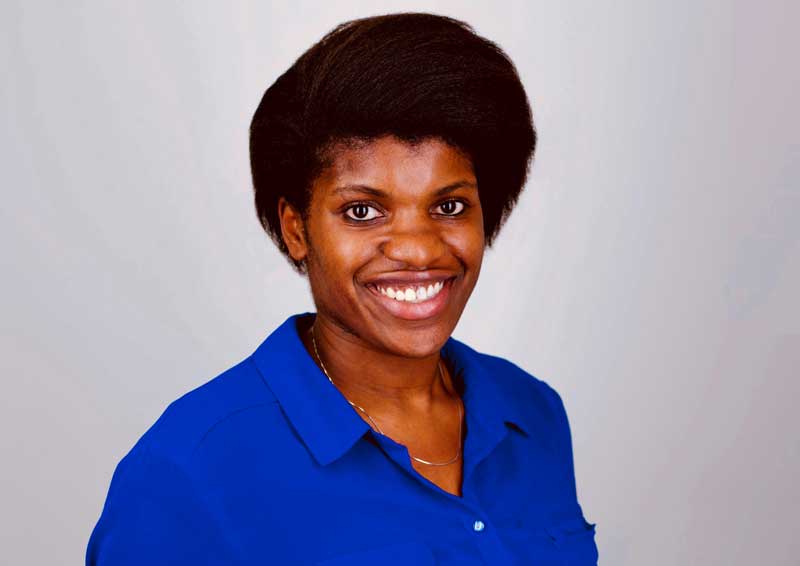 Bauer Alumna Serves Up Diversity and Inclusion Through Community Engagement

Recent Bauer College alumna Celia Fraser (BBA ’14) has amassed a long list of personal successes in the short time since she graduated — she was recently recognized by Yahoo! Finance as an emerging diversity and inclusion leader, and she landed a job last year as Business Intelligence & Strategy Lead for Capital Group.

But when you ask her about the key to her success, rather than looking inward, Fraser points to the team of friends and colleagues surrounding her.

Born in the United Kingdom, Fraser came to the University of Houston after being awarded a full-ride sports scholarship with the UH Women’s Tennis team. In her senior year, she was elected Team Captain and led UH to its highest ranking in school history at No. 21 in the nation.

During her tenure, she amassed 11 academic awards including earning the American Athletic Conference Scholar-Athlete Sport Excellence Award and being one of five athletes in the conference to make the Conference USA All-Academic Team 2013. She earned her undergraduate degree in finance from Bauer while balancing an impressive turn on the UH Women’s Tennis Team.

After graduating, Fraser began her professional career in London, working in financial consulting roles for PwC and Accenture and as a Risk & Data Analytics manager at Lloyd’s Banking Group before joining Capital Group at the start of this year. In addition to working on projects involving financial analytics, big data and innovation throughout her career, Fraser has also been focused on diversity and inclusion including: organizing and delivering various inclusion-focused events, ensuring diverse guest speakers, educating colleagues about the benefits of an inclusive multicultural workplace and mentoring university students.

She was recognized by Yahoo! Finance on the EMpower Top 100 Ethnic Minority Future Leader Role Models 2020, (#94) a list that celebrates people of color who are not yet in senior-level positions but are making significant contributions to Ethnic Minority people at work.

We spoke to Fraser recently about the recognition, her career, and how her time at Bauer College prepared her for the future.

Q: How did your time as a student athlete help get you where you are today?

A: I have always said I learned more through sport than I ever could in a classroom; how to cope with success and failures, financial responsibilities, time management, the list is endless. Whilst some of my peers reduced their academic commitments to allow them to focus on tennis, I was always juggling both and this continued when I arrived at UH in 2010.

People often forget that on top of the 20+ hours per week you spend in training and in the weight room, plus the many weekends travelling and competing, student-athletes still have a full class schedule. My time at Houston taught me how to adequately prioritize my time and thus have the best shot at success on and off the court.

I feel that student-athletes often have a bad reputation, not showing up to class, never paying attention when they do, etc., but I found all my professors to be very accommodating in the cases where I couldn’t attend class due to tennis commitments. Building relationships through open communication is something I have taken with me into the business world. The negatives and challenging times such as getting red-eye flights and trying to stay awake in Monday morning classes, 5:45 a.m. workouts, third set losses, multiple injuries, etc., helped build a resilience that will stay with me forever.

Companies have a duty to do better regarding the diversity of senior leadership teams, building more inclusive company cultures and taking a firmer stance against discriminatory behavior in the office. 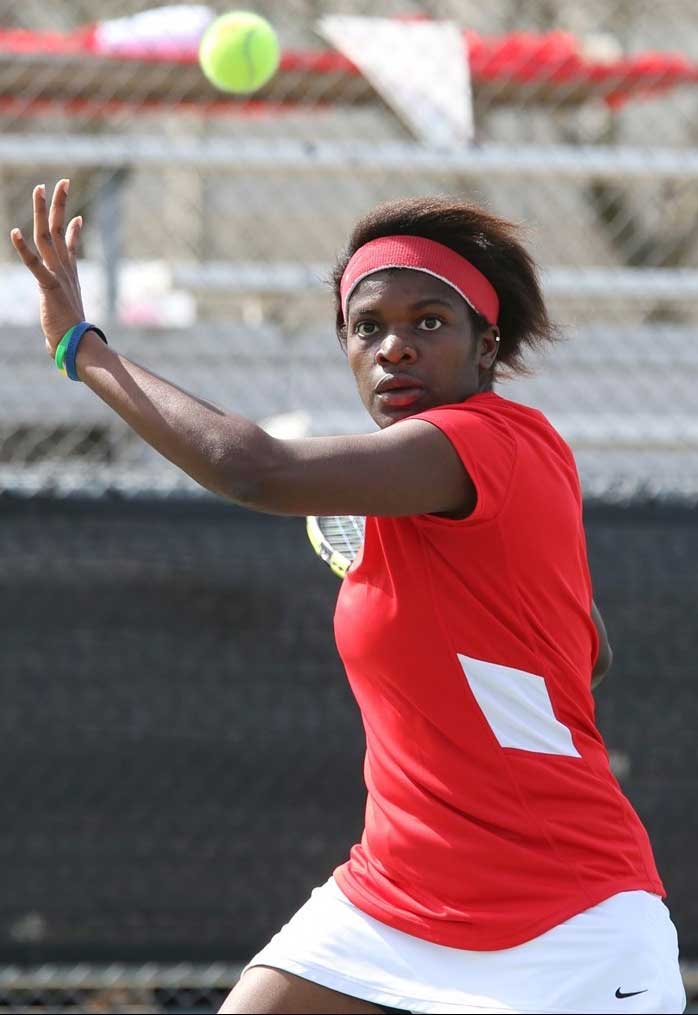 In each of my four years, the women’s tennis team were all primarily international students, which became particularly relevant when I was elected to Captain in my senior year. For the team to succeed, I had to connect eight girls, from different countries, with different aspirations. Some of my teammates were tennis-focused, others prioritized their degrees, some loved the weight room, others, well, less so! To win as a team, you need to work as a team and as captain, it was my responsibility to not only lead by example but also know how to motivate my teammates. Again, this is directly relatable to the vastly diverse teams (in some cases) that can be present in the workplace.

On leaving UH, my teammates signed a framed photo of me and my favorite quote was from a freshman: “Thanks for everything you’ve taught me, you have turned me from a princess into a team player.” It was a lot of work — but it was definitely worth it! Things like that stay with you longer than any award or individual win will.

I ran some charity tennis coaching days with children, many of whom lived in poverty in the Third Ward, and would otherwise never have had the opportunity to play tennis. Interacting with these children was an eye-opener for me and provided the spark that triggered me into being much more proactive with those who have not been afforded similar opportunities to myself. In my senior year I was awarded the American Athletic Conference Scholar-Athlete Sport Excellence Award: an honor “based on academic credentials, athletic accolades or performances and volunteer service to the community.” For the thousands of hours spent training, studying and volunteering, I was incredibly proud to have been awarded this accolade as a representative of the University of Houston.

Since leaving UH, alongside my day job, I have dedicated time and effort to increasing opportunities for marginalized communities — be it by race, gender, sexuality or disability. I would encourage all student-athletes to recognize the privilege they have when carrying that title on campus, not take it for granted and give back to local communities not only during university, but in the years to come thereafter.

Q: What does this recognition mean to you?

A: Given the awards span the UK, mainland Europe, Ireland, U.S. and Canada, I was truly humbled when I found out I had been listed. With so many people doing great things, being recognized for the work I have done thus far was a really proud moment. That being said, and as is emphasized by the current climate, I know there is much more to do.

The business world is notoriously competitive for any graduate. When you add being Black, a woman and specializing in technology, you quickly realize the senior leaders that look like you are few and far between. I wouldn’t say this ever made me feel lonely, but six years in, I’m definitely more often than not, “the only one in the room.” Personally, I don’t believe the “you cannot be what you cannot see” phrase that often gets repeated — someone has to be the first! However, I do think companies have a duty to do better regarding the diversity of senior leadership teams, building more inclusive company cultures and taking a firmer stance against discriminatory behavior in the office.

The EMpower awards showcase a variety of different faces and backgrounds that still today, in 2020, are woefully underrepresented in corporate circles. I hope that being listed in such prestigious company will allow other People of Color/Ethnic Minorities, but particularly young Black women, to feel inspired and encouraged in pursuing their ambitions.

Q: How does this recognition encourage other marginalized groups?

A: I fall into the intersection of being Black and a woman, but three years ago, I was also diagnosed with Guillain-Barre Syndrome, an auto-immune condition that can cause paralysis or death. I went from having pins and needles in my toes, to being unable to walk within 72 hours. After two years, due to an incredible network of friends and families alongside an exceptional medical team, I made a near full recovery. Going from being an NCAA college athlete to spending six months fully dependent on a wheelchair had significant impacts on my mental and physical health.

From a career perspective, I was incredibly fortunate to have understanding employers and line managers. So, whilst this recognition specifically focuses on amplifying Ethnic Minorities, I hope it encourages those with physical disabilities or mental health conditions to know that, with the right environment and support, they can be incredibly impactful, valued and recognized in whatever careers they choose.