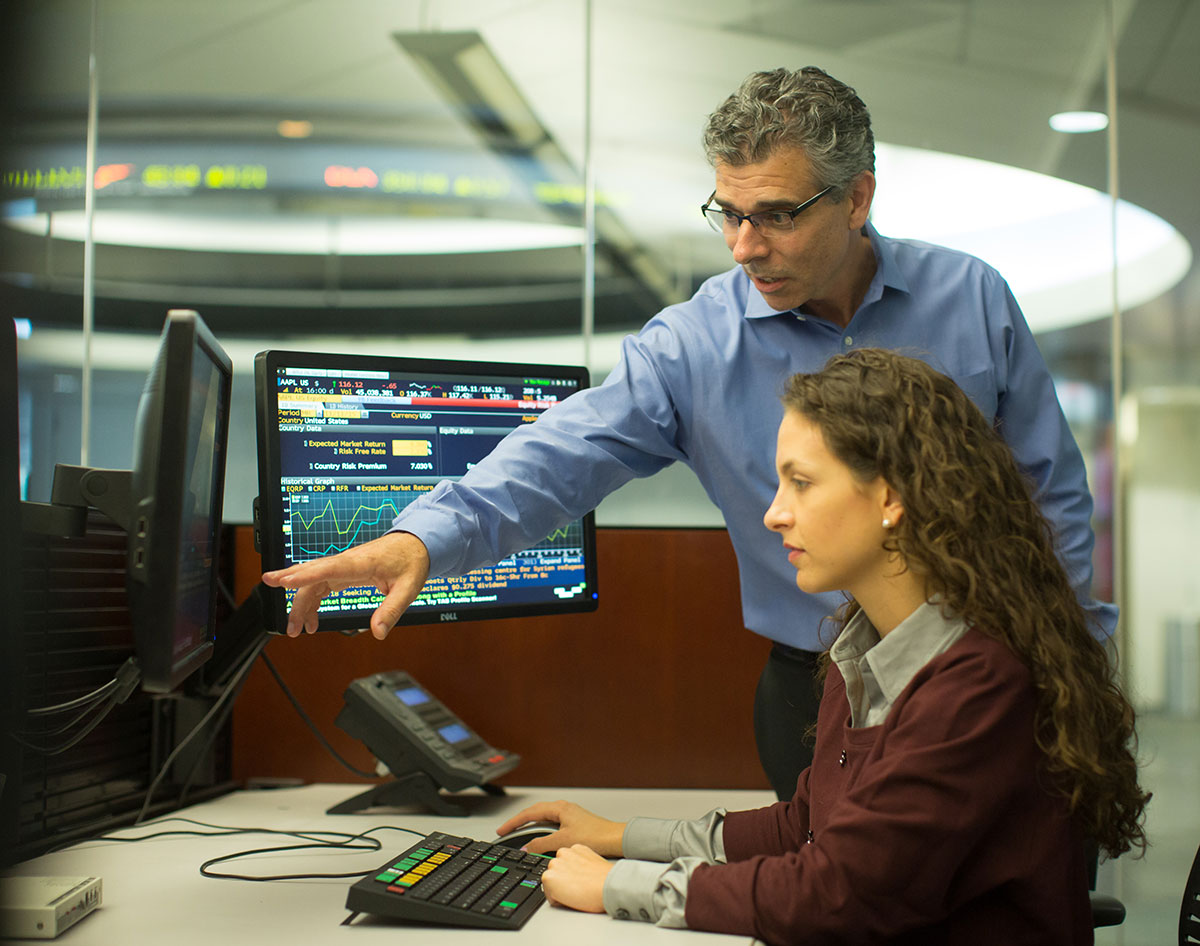 THOMAS J. GEORGE, WHO JOINED THE UH FACULTY IN 2002 AND MOST RECENTLY SERVED AS BAUER COLLEGE’S SENIOR ASSOCIATE DEAN FOR FACULTY AFFAIRS, IS SERVING AS INTERIM DEAN FOR THE COLLEGE. 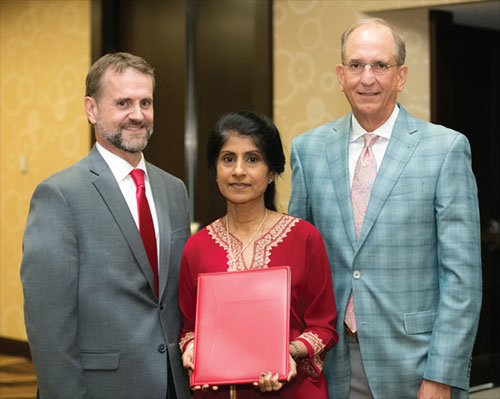 Under Ramchand’s leadership, the college focused on initiatives to support student service and faculty research, launching the Bauer in D.C. Fellowship Program, the Working Families Agenda and several degree and certificate programs. The college also developed new initiatives to connect to the community, including startup accelerator RED Labs and the SURE Program.

To recognize nearly three decades with the college, the Bauer College Board has established the Dean Latha Ramchand Scholarship Endowment, bolstered by contributions from faculty, staff, business partners and friends of Bauer College. The endowment will support undergraduate and graduate Bauer students with renewable scholarships based on need and academic merit.

“It’s been a huge honor to work with Latha,” Peacock said. “We wanted to make a gift that would last long after she leaves campus and embodies the student first campaign. So as chair I reached out to the board, and we’ve reached out to others, and we created and developed this scholarship.”

“Since assuming the role of Bauer college dean, Latha has never wavered in her answer to the question, ‘What is the College’s greatest priority?’ Her answer — scholarships for students,” former Senior Director of Advancement Bob King said. “She has been, and will always be, a passionate proponent of making a life-changing education accessible and affordable for deserving students.”

This summer, UH Provost Paula Short appointed Thomas J. George as interim dean for Bauer College after Latha Ramchand stepped down as dean to join the University of Missouri-Columbia as the institution’s new provost.

George, who previously served as the college’s senior associate dean for faculty affairs, officially took on the role on Aug. 10.

While some titles have changed, our commitment to excellence, our vibrant culture and our sense of community at Bauer remain the same.

“While some titles have changed, our commitment to excellence, our vibrant culture and our sense of community here at Bauer remain the same,” he said. “Our students are fond of saying that Bauer College is a place ‘Where Awesome Happens.’ This phrase is a reflection of the excellence, culture, and community at Bauer.”

George is also C. T. Bauer Professor of Finance and the director of the AIM Center for Investment Management at Bauer College. As senior associate dean, his responsibilities included overseeing faculty recruitment, retention, promotion and tenure processes for the college. His research focus is on market microstructure, asset pricing and behavioral finance.

Prior to joining the UH faculty in 2002, George served on the faculties of Ohio State University, the University of Iowa and Northwestern University as a visitor. His teaching interests include equity and fixed-income investment management, project valuation and corporate finance. He has won several awards for excellence in teaching in MBA and Executive MBA programs.

George is an instructor for the securities analysis course that manages the college’s Cougar Investment Fund. He co-developed the Graduate Certificate in Financial Services Management and has also taught in Bauer’s Executive MBA program. George has consulted with companies in designing and delivering education programs in areas including project valuation, hedging and performance evaluation.

This fall, Short appointed a search committee to begin the process of recruiting Ramchand’s permanent successor, with input from faculty, staff, alumni and the business community, as well as a nationwide search for candidates.