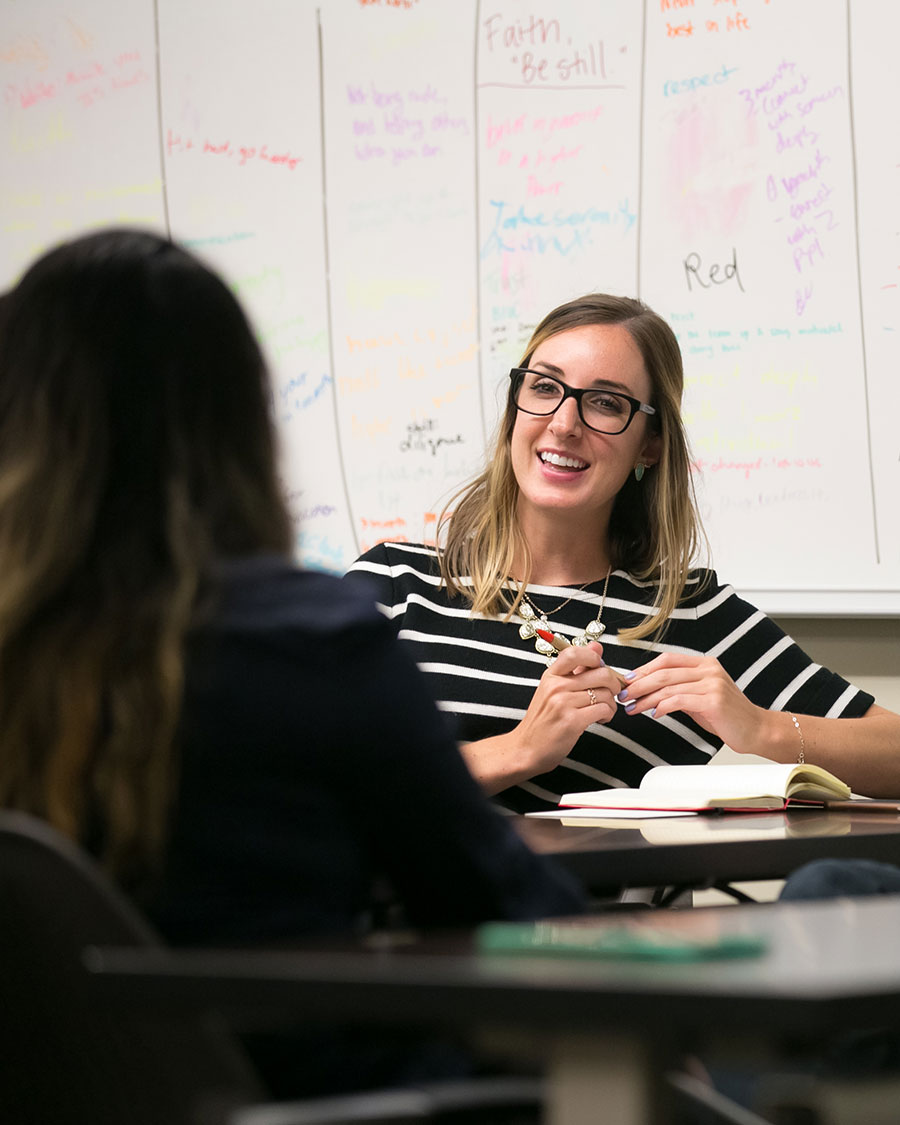 Kelly McCormick wasn’t sure what to expect when enrollment opened for the fall semester — Bauer College was debuting a brand new course on women in entrepreneurship that she’d be leading.

Launching a new class is always an adventure, and McCormick didn’t know if there would be enough interest in this course to sustain a regular class beyond the first semester.

What she ended up with was a room packed full of students (mostly female, but a few male) and mentors each week, ready to discuss, challenge and change the conversation about women in entrepreneurship. We sat down with McCormick, a lecturer and managing director of the university’s technology accelerator RED Labs, recently

Tell us how the idea for this course came about.

I’d been working with RED Labs for a couple years, and I looked around and noticed there weren’t very many women in our accelerator program. We help support UH students and faculty launch startups, and there was quite the disparity between the number of men and women involved.

I started talking about this issue with faculty from Bauer’s Wolff Center for Entrepreneurship and with the department chair, Dr. (Edward) Blair, and telling them I wanted to do what I could to support more women to get involved with entrepreneurship with the University of Houston. The class just kind of came out of that. I’m very lucky to have the people around me that wanted to help me do something about it.

How did you plan the curriculum for this course, and what exactly does the semester entail for students?

Planning the curriculum for this course was a little bit difficult because I wanted to include a lot of different things. I wanted to get a lot of people’s input. I couldn’t find any other information on other classes for women in entrepreneurship that were taught at other universities. So, I went about just asking a lot of females involved in entrepreneurship, seeing what they thought would be some good elements to include in the curriculum.

I built a syllabus, asked for feedback, changed things, and iterated a number of times. I had in mind to have parts of the class be very basic general entrepreneurship — things that would be in any entrepreneurship class — and then also some elements of the class that were focused on unique issues for women in the workplace or as leaders and as entrepreneurs. Then, I wanted another portion of the class to have a skills element. I wanted to include some of those basic elements that I thought might help students just to get that initiative to get started, including things like building a website, marketing analytics, and financial and legal skills. 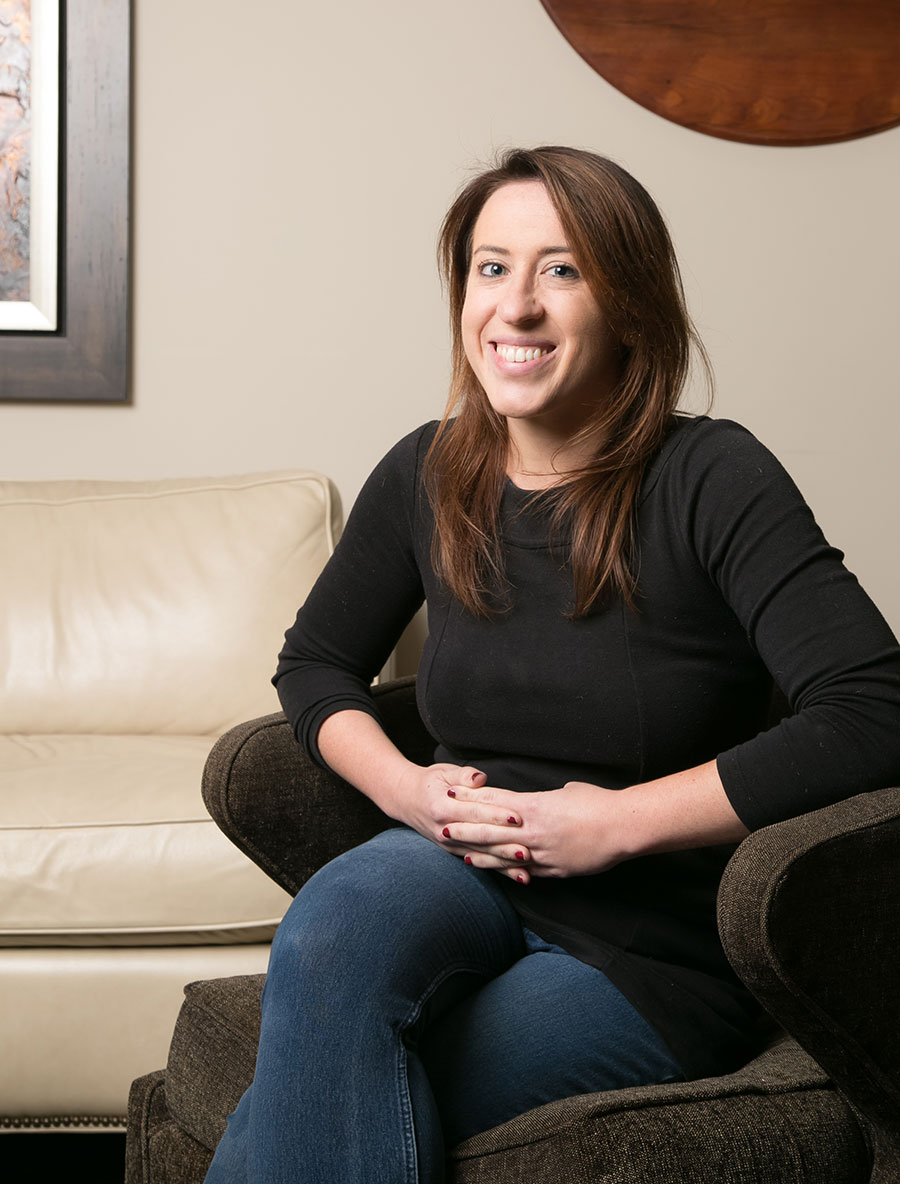 THE COURSE IS LED BY KELLY MCCORMICK, A BAUER COLLEGE LECTURER AND MANAGING DIRECTOR OF THE UNIVERSITY’S TECHNOLOGY ACCELERATOR RED LABS.

It’s not only about the curriculum and content but also giving students the confidence to go for the next step.”

We have about 25 students in the class, some male students, and of course, they are always welcome. I think that the students have made it clear that they’re all interested in supporting women as entrepreneurs and want to learn more about women in entrepreneurship.

Why do you think it’s important for business students to study women in entrepreneurship? And what kind of lessons do you hope they take away at the end of the semester?

If you want to be an entrepreneur, I think this class is important because it hopefully gives you the set of skills to feel as if you’re ready to do that. And, one of the important things about the class is that it gives students a kind of support system.

I’ve talked to a lot of women entrepreneurs about what might hold women back from becoming entrepreneurs, and one thing people have said is having someone push them to the next step. That’s one of the elements I included beyond just the curriculum, to give a team of students a mentor to help them along as they were reaching their goals and to give them that confidence to keep moving forward as they move along. It’s not only about the curriculum and content, but also giving students the confidence to go for the next step.

Talk to us about how successful female entrepreneurs are involved in the course as mentors and speakers and why was it important for you to bring that element into the class.

We’ve had a panel with women from different industries that are successful entrepreneurs, and I have also brought in speakers to actually teach some of the skills.

The students also have the opportunity to shape their business plans through this course. Tell us more about that.

One of the parts of the class was to go over what students may want in the long run — if they want to own a company in a specific area or be a leader of a company or Fortune 500 CEO or something like that, to be thinking about that.

I broke up the class into teams and had them present their ideas to mentors so that they could not only be held accountable to their team but also to their mentor and have that support system. We’ve had an update every week and I had someone share if they’ve completed their goals.

Is this a course that will be offered again? If so, what might you change about it?

It will be offered in the spring. I’m constantly seeking feedback for this class. I expect that will be changing a lot of things, but in large part I’ll be keeping some things the same as well.

What is some of that feedback that you’ve gotten from students and mentors?

I have definitely seen some students that have more confidence now in achieving their goals. They’re taking what they’ve learned in our skills classes, and that along with the support and environment provided through this course, they’re more excited to come to class and really be engaged.

Mentors in the community, especially women, have a sense of just wanting to support each other and to have a community of women. The people that we’ve brought in have all been so excited to be a part of the class and to be there in any way that they can.