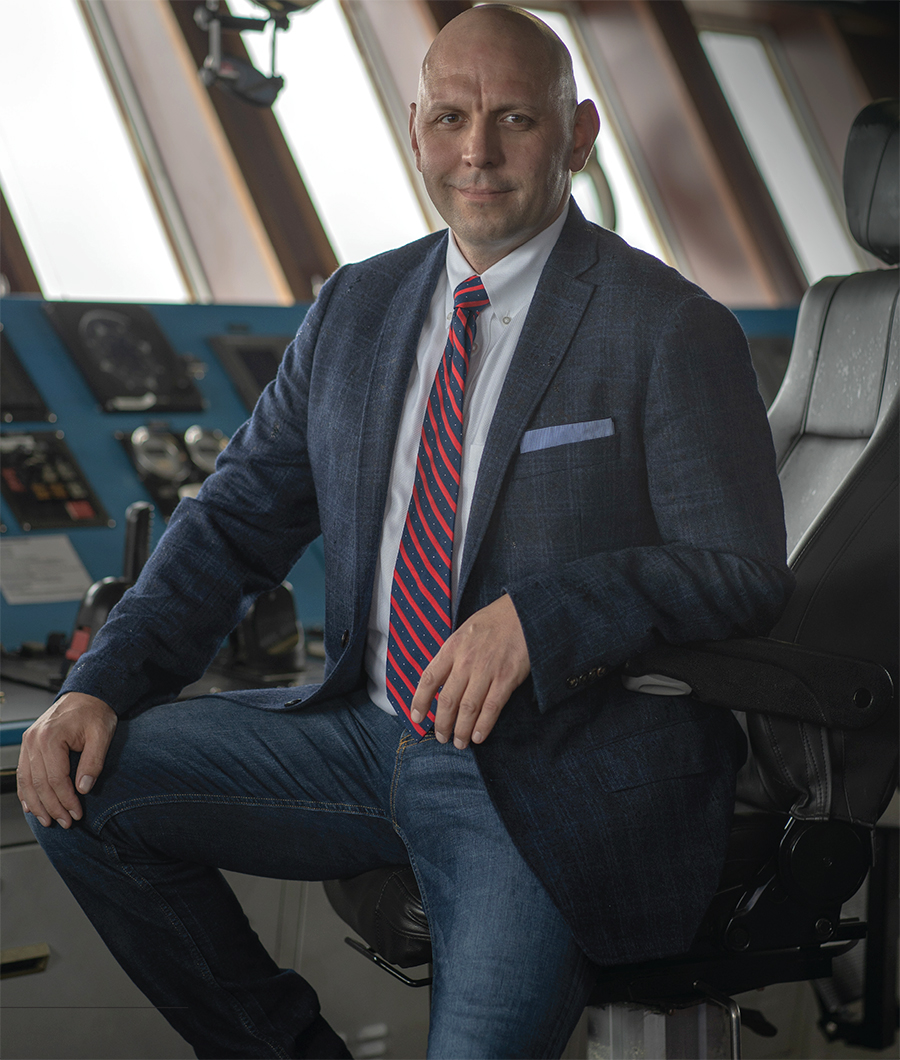 TREVOR DAVIS CREDITS HIS COMPANY’S SUCCESS WITH "MANAGING CASH PROPERLY, MINIMIZING DEBT SERVICE AND DOING OUR BEST TO MITIGATE RISK THROUGH CONTRACT NEGOTIATIONS." THE POINT, HE SAYS, IS TO MINIMIZE DEBT.

In the Midst of a Devastating Oil-and-Gas Downturn, Bauer Alumnus Finds Ways to Grow his Offshore Construction Company.

Rhode Islander Trevor Davis (EMBA ’13) started his Texas career as an $8-an-hour commercial diver working the oil rigs of the Gulf of Mexico. Around the time he got his Bauer MBA, he launched Hydra Offshore Construction, a Houston-based company that supports the oil and gas industry.

When the downturn rattled the industry a few years ago, Davis trimmed costs, saved like crazy, and ended up growing his business. What could have been a debacle turned out to be a bonanza. Davis invested in new vessels, added commercial diving services, even bought his own shipyard. We recently checked in with Davis (featured in Volume 2, Issue 7 of Inside Bauer) about how he and his company managed to stay afloat in rough waters.

TREVOR DAVIS CREDITS HIS COMPANY’S SUCCESS WITH "MANAGING CASH PROPERLY, MINIMIZING DEBT SERVICE AND DOING OUR BEST TO MITIGATE RISK THROUGH CONTRACT NEGOTIATIONS." THE POINT, HE SAYS, IS TO MINIMIZE DEBT.

Our vision is to become the safest and most professional Offshore Marine Contractor in the U.S. Gulf of Mexico by delivering quality projects from Subsea to Surface that exceed our customers' expectations.

Q: How did the downturn affect the industry?

A: Oh, it was terrible. Back in 2015, it seemed like we were on top of the world. We were making a ton of money. Margins were fantastic. We had a plan to be a $100 million company in five to seven years. At the end of 2015, oil went from $110 a barrel to a record low of $29 a barrel. So in the course of four months, the entire industry on a global basis tanked. It’s been the longest and the hardest downturn in the oil and gas industry in history.

Q: How did it affect Hydra?

A: We went from having our best year in 2015 to having our three worst years in 2016, 2017 and 2018. We had to lay off most of our employees. We were still small enough to contract pretty quickly. At the same time, in December of 2015, the vessel that was generating most of our revenue suffered a casualty and damage to her propulsion system. That insurance claim took 2½ years to settle. We also were faced with several of our clients filing bankruptcy and sticking us with losses totaling over $1 million.

Q: How did you respond?

A: While our margins significantly decreased, we still managed to make money. In 2018, we purchased a vessel that’s twice the size of our other vessel, and installed a deep-water saturation diving system. Now we are one of three DP2 saturation diving vessels in the Gulf of Mexico. We just signed a contract for our third vessel. And we’ve got our eyes on vessels number four and five for 2020.

Q: Meanwhile, you bought a shipyard.

A: Yes, in Port Arthur, Texas. So in the middle of the downturn, we purchased a 25-acre shipyard in one of the largest waterfront facilities in Texas, with over a mile of waterfront, 1 million square feet of property, and a 50,000 square-feet fabrication shop. We have a half-dozen very large cranes out there, ranging from 240 tons all the way up to 660 tons. We are trying to create a niche for ourselves in the Port Arthur market of being the go-to heavy lift place, of having more crane capacity than anybody else in the region.

Q: Do you feel that your Bauer MBA is paying off?

A: Absolutely. I look around, and I feel like we are the last man standing. Thousands of companies have filed for bankruptcy during this downturn. And if you would have asked me three years ago if I would have a DP2 SAT vessel, I probably would have laughed. I would have never had the confidence to go out and do this if I didn’t go to Bauer. It hasn’t changed since I started the company: With that confidence, Bauer has also given me the ability to think big and be decisive, and the knowledge to make smart business decisions in order to succeed where so many have recently failed.