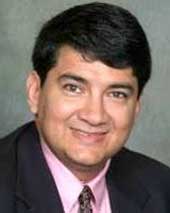 After his time at Moroch & Associates, Dr. Noriega spent several years working for Mexica Communications, Inc., which published a weekly Spanish-language newspaper in Houston and San Antonio until 2004. During his time at Mexica Communications, he serviced advertising accounts from companies such as AT&T, Anheuser-Busch, Kraft, Miller Brewing, Coke, Pepsi, Warner Bros., Universal Studios, Disney and other national and local clients. He was also involved in every step of production including the copy-writing and production of local and regional advertising.