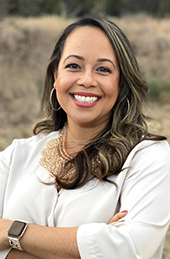 Whitney Johnson serves as the Program Manager for Student Success in the Office of Undergraduate Business Programs. She has been with the University of Houston since 2007 and C. T. Bauer College of Business since 2009. While pursuing her undergraduate degree, she worked in the Colleges' Freshmen Advising Center at The University of Texas at San Antonio. There, she quickly realized her love and passion for the college atmosphere and its students. After graduating from UTSA with a B.S. in Biology in 2006, Whitney had a short stint at Baylor College of Medicine as a Cytogenetic Technician. She quickly actualized wanting to pursue a career in academia, thus, bringing her to the University of Houston as an Academic Advisor for the College of Natural Sciences and Mathematics. She later transitioned into the role of Transfer Academic Advisor, and then joined the Bauer College family. During her tenure at Bauer she has served as the Transfer Academic Advisor, a Pre-Business Academic Advisor, and now the Program Manager for Student Success. Whitney is passionate about helping students figure out what success looks like to them, and how to achieve it. She also enjoys assisting Bauer College create an environment that fosters and promotes student success!