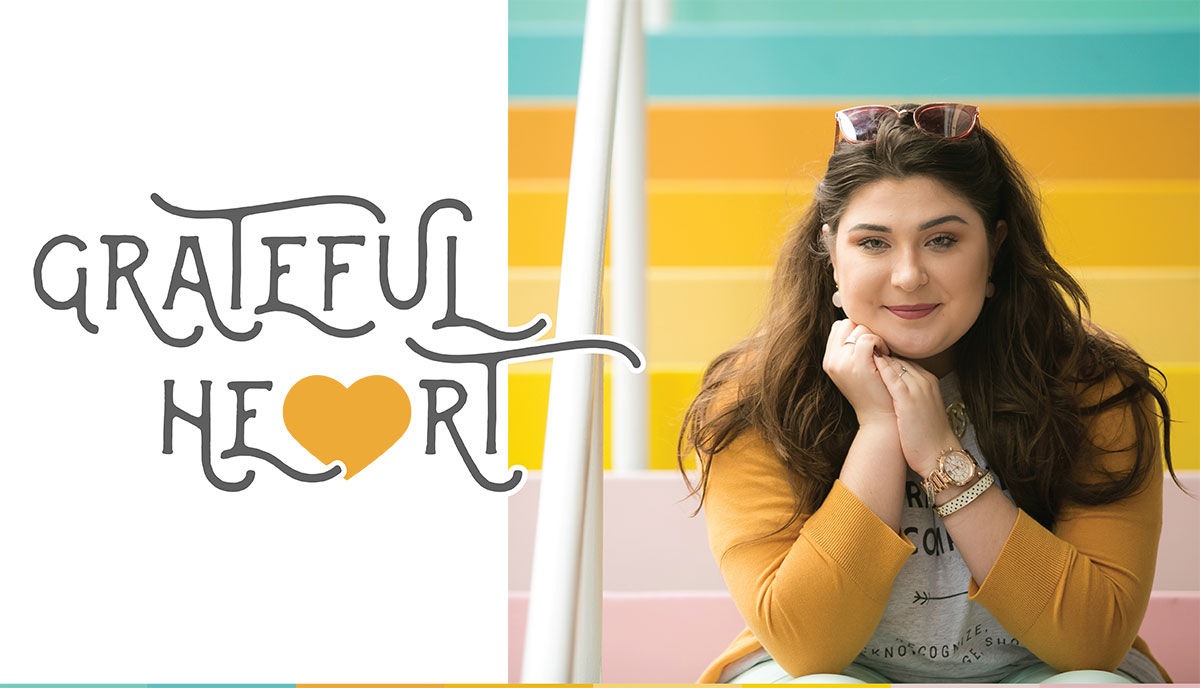 BAUER ENTREPRENEURSHIP SENIOR CAROLINE FERGUSON JUST LAUNCHED HER FIRST BUSINESS, GRATEFUL & COMPANY, WHICH WAS INSPIRED BY THE LOSS OF HER FATHER TO SUICIDE. 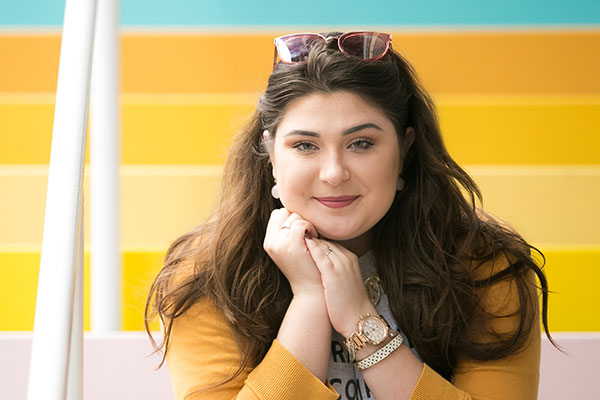 BAUER ENTREPRENEURSHIP SENIOR CAROLINE FERGUSON JUST LAUNCHED HER FIRST BUSINESS, GRATEFUL & COMPANY, WHICH WAS INSPIRED BY THE LOSS OF HER FATHER TO SUICIDE.

For her, there’s no other option. She sees life in 40-second increments.

“Every 40 seconds, on average, someone in the United States commits suicide,” Ferguson said. “That’s a staggering, heartbreaking and gut-wrenching statistic. In less than a minute, someone will decide their life isn’t worth living.”

At age 9, Ferguson lost her father to suicide, and for the last 12 years, she’s made it her mission to understand the contributing factors that could lead someone to take their own life and to save those who might be considering suicide.

This year, the 21-year-old Bauer College entrepreneurship senior launched Grateful & Company, a business with what she says is an admittedly “big” mission statement.

“Grateful & Company exists to radically recreate an awareness for physical gratitude with the intent of empowering people to recognize their self-worth, to acknowledge the value in the people around them and to do both of these things through showing physical appreciation, with the sole intent of ending suicide,” Ferguson said.

Launched earlier this year, the small business operates an online store for gratitude-themed lifestyle products, including apparel, posters, journals, cards and mugs. A portion of the profits from each sale will benefit suicide-prevention and mental health programs on college campuses, using the University of Houston as a pilot.

“College students desperately need help and resources. There’s a gap in the student-to-counselor ratio,” Ferguson said. “I can be part of closing that gap. How can I sleep, knowing that I can make this big of an impact?”

Sleep doesn’t seem to factor much into Ferguson’s schedule — in addition to being a new small business owner, she is completing her undergraduate degree this year at Bauer College as a member of the Wolff Center for Entrepreneurship and the Bauer Business Honors Program, and she serves as director of marketing and business development for Southwest Utility Solutions.

“I’ve historically done life very fast,” Ferguson said. “I’ve always been on this quick route.” That drive and determination, she added, comes from growing up early — something she sees more as a blessing than a problem.

“I can vividly remember going to sleep with a life that I thought was very normal and waking up to a life that was completely broken and shattered,” Ferguson said. “Losing my dad and experiencing that tragedy at such a young age forced me to grow up. I learned that you can be sad, and that’s OK, but you can choose to do something positive with your emotions, in whatever capacity that is.” 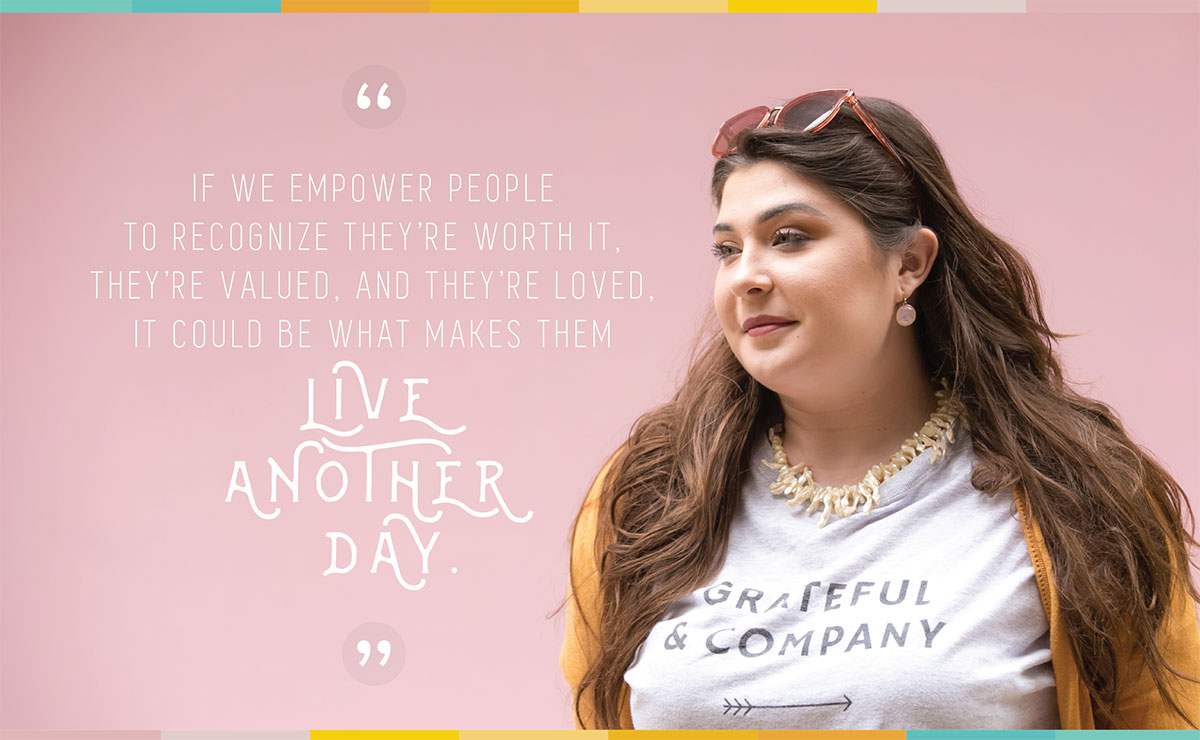 If we empower people to recognize they're worth it, they're valued, and they're loved, it could be what makes them live another day.

She remembers her father, Steven Duym, as “the epitome of strength and wisdom.”

“He was a brilliant man,” Ferguson said. “He could walk into a room, not saying a word, and steal the show. He was my rock. But even the strongest people crumble.”

After her father committed suicide, Ferguson sought to answer one question — why?

Her question ultimately led her to an answer.

“If we empower people to recognize they’re worth it, they’re valued, and they’re loved, it could be what makes them live another day,” Ferguson said. 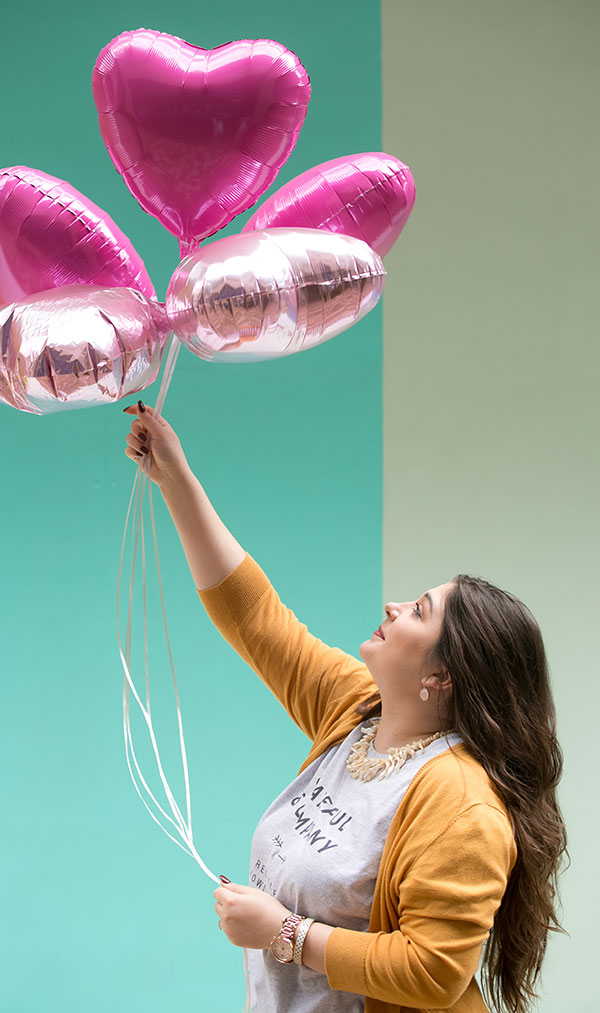 When she was accepted into Bauer’s Wolff Center for Entrepreneurship, Ferguson found the tools to turn that idea into something tangible.

“I really fleshed out my passion for physical gratitude,” she said. “I figured out I could made a change in the realm of ending suicide, while also inspiring people to be grateful for others and for themselves.”

Through her experience as a Bauer student, Ferguson gained the confidence to build her company while succeeding as a student and business professional.

“Bauer has been a game changer for me,” she said. “I’ve met my closest friends here, made so many amazing business connections and had the platform to launch my dream.”

Ferguson added: “For me, Bauer was always going to be home. This was where I wanted to be, and this was the family I wanted to join. When I was a senior in high school, I knew exactly what I was looking for — a top-notch business school that offered an amazing entrepreneurship program. Bauer was the full package for me.” 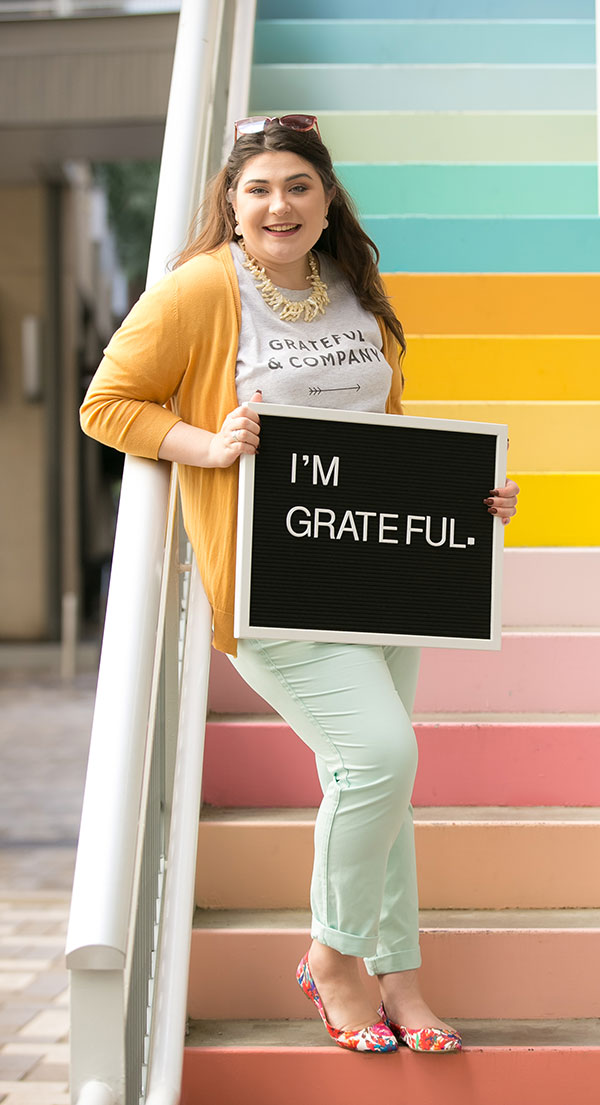 As she nears graduation and looks to scale her business, Ferguson focuses on the idea that started it all.

“Being grateful has kind of become my life,” she said. “It’s so much more than saying ‘thank you.’ It’s taking the intentional step to recognize value in people and sharing that with them, while also being self-aware that you too are worthy, important and loved.”