Valley Businessman and Philanthropist Has Led Growth in Developing Region 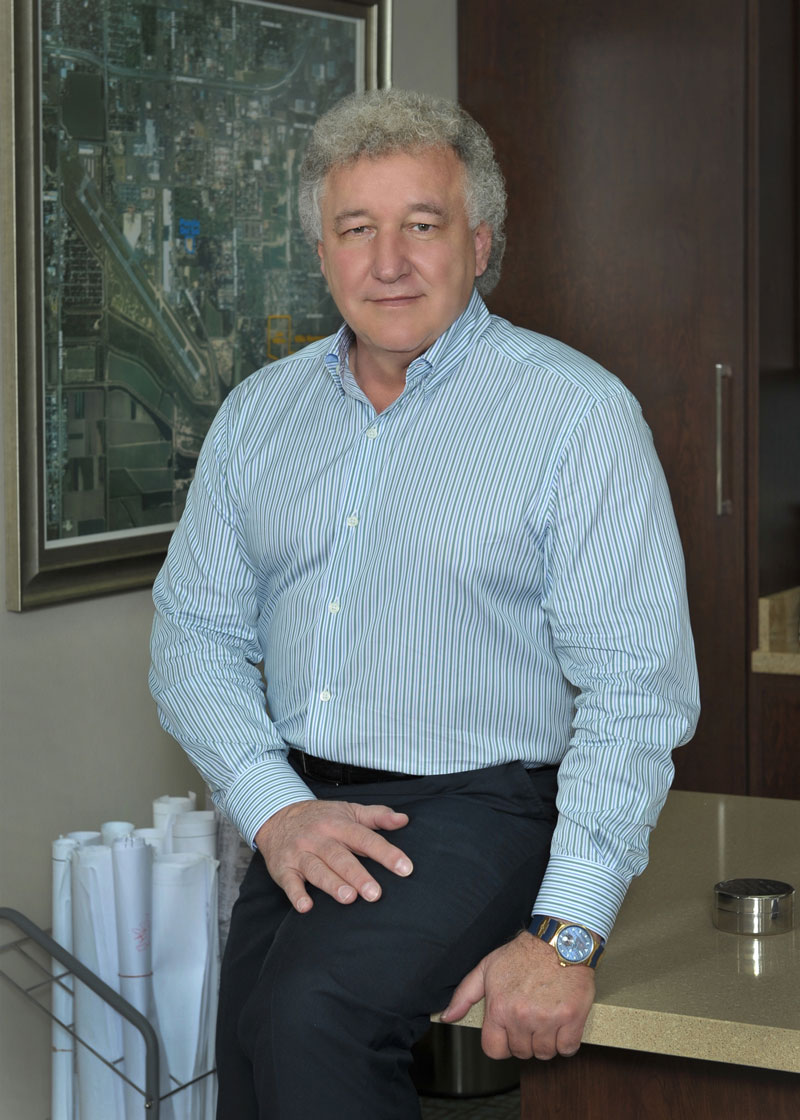 “If you enjoy what you do and you are passionate about it, it’s not work,” says Alonzo Cantu, the Bauer graduate, construction company executive and philanthropist who is credited with transforming the Rio Grande Valley.

When Alonzo Cantu (BBA ’78) enrolled at the University of Houston, he thought he wanted to be a pharmacist.

But after working in a drugstore one summer, he changed his mind.

At that time, “it was basically counting pills all day,” he says. That didn’t seem very stimulating, so he switched from the UH College of Pharmacy to what is now Bauer College. He figured he might get a job in a bank after college, but when a bank offered him a starting salary of $800 a month, he knew he could do better.

Cantu is the son of migrant farm workers from Mexico who got out of the grape fields of California by starting a small construction company, building one house at a time.

Possessed of his parents’ entrepreneurial spirit and the business skills he learned at UH, he decided to follow the path of his father, Guadalupe, and become a builder. This was 1978.

Today, with interests in banking, healthcare, title insurance and minor-league sports, the 60-year-old CEO and president of Cantu Construction & Development Company is involved with businesses that employ more than 5,000 people. As an executive, philanthropist, community organizer and political fund-raiser, he has been a driving force in the transformation of South Texas’ Rio Grande Valley, the third fastest growing metropolitan region in the country.

Among just a few of his honors: The U.S. Department of Commerce has named Cantu Construction a National Minority Construction Firm of the Year. Texas Monthly has called Cantu one of the 25 Most Powerful Texans. In 2012, he was awarded the University of Houston’s President’s Medallion for his extraordinary support of the university; the next year, he was given the Distinguished Alumni Award.

Cantu credits his remarkable success in large measure to his parents, who believed in the value and integrity of hard work and thought their children would be better served by getting an education in the states. (He was born in McAllen but lived on and off in Mexico as a child. When his parents harvested crops in California, he picked alongside them.)

At UH, where he studied finance, Cantu says he gained an understanding of the essentials of business. He also learned the importance of social responsibility — of giving back to the community.

"IT MAKES BUSINESS EASIER WHEN YOU GET GOOD TALENTED PEOPLE WORKING WITH YOU, AND WE WORK TOGETHER AS A TEAM.”

“You may be a great builder, a great carpenter, but if you don’t know the business side, it’s hard,” he said in an interview, when asked to weigh the importance of his time at Bauer. “I think the university helped me a lot in finance and accounting and being able to figure out what I need to do to make my projects more successful.”

As a businessman and entrepreneur, Cantu found his niche early on: providing services to the Valley’s Latino community. As the Valley grew, he grew with it.

Today he is chairman of Lone Star National Bank, a Hispanic owned and operated financial institution. In 1999, he and a group of nine doctors started what would become Doctors Hospital at Renaissance, which he says is the largest physician-owned hospital in the United States. He is the owner of Valley Land Title Co., a real-estate title-insurance firm that he acquired to expedite real-estate closings. In the sports arena, he is majority owner of the Rio Grande Valley Vipers, an NBA development team, and owner of the Houston Toros, a soccer team affiliated with the Houston Dynamos.

But as he will be the first to tell you, the Valley wasn’t built in a day, nor by one man alone. He needed help to succeed, and Bauer taught him the value of assembling a strong team.

“I believe in hiring people who are smarter than me,” says the soft-spoken Cantu, who is as humble as he is driven. “Believe me, there are a whole lot of them that are smarter than me. I’m not intimidated by somebody smarter or having somebody help me,” he continued. “It makes business easier when you get good talented people working with you, and I feel like I have been lucky, fortunate to have a lot of smart people with me. And we work together as a team.”

As an employer, he looks for people of strong moral fiber. “I think honesty and loyalty are very important,” Cantu says. “I think being punctual, being polite, treating people fairly, I think those are important qualities… I think you communicate with people and give them the opportunity to succeed and give them all the tools that they need. If they don’t want to do it, they just move on. I don’t believe in working through intimidation or threats and bullying.”

He rewards his people with training opportunities, compensation, bonuses and stock options. “But they’ve got to work hard,” he said. “I used to start my meetings at 6 a.m.,” he says. “Now we’ve slacked off and start at 7.”

As a boss, he expects his employees to give back to the community. “We preach social responsibility, participating in volunteering for non-profits, serving on boards, raising money for charities.”

One agenda that is near and dear to his heart is helping Valley youth have a better education. “We have a lot of young kids who go off to live somewhere else because there is no opportunity here.”

To help remedy that issue, he was one of the founders of the Valley Alliance of Mentors for Opportunities and Scholarships (VAMOS), which awards scholarships to graduating highschool seniors from the region. Next year, VAMOS will celebrate its 20th anniversary. Cantu proudly points out that it has awarded $20 million in scholarships so far. That includes a $200,000 initiative with the University of Houston to help Valley kids go to UH.

Cantu, who is married to glass artist Yolanda Cantu and has two college-age daughters, is frequently in the headlines for his political fund-raising. “If you want to change things, I think going the political route is probably the best and fastest way.”

He believes the best place to start is education. “It’s good for the whole country, because the more educated workforce you have, the better quality of life you have, and the better jobs they can get. And the next generation, in my opinion, should be better than the last.”

This story originally appeared in Volume 3, Number 1 of Inside Bauer magazine.